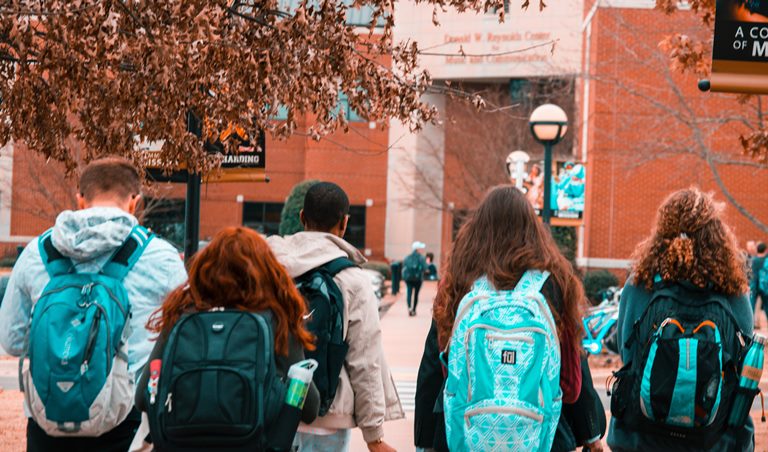 I have become passionate in praying for college campuses with the EveryCampus prayer initiative. I remember the moment I caught the fever for praying this way. It was at the 2018 Urbana Missions Conference when Tom Lin, President of Intervarsity Christian Fellowship (IVCF), told us about the invitation to prayer-walk every campus in America in 2019.

As one of the older people attending the Urbana Missions Conference, in a sea of students, I didn’t expect to be sitting on the edge of my seat, gripping the sides of my chair with excitement. But he had mentioned prayer, and that is what we Moms in Prayer mothers do. The goal of EveryCampus is to pray that there would be a Christian community on every college campus in the United States, giving every future leader an opportunity to respond to Jesus.

Mr. Lin told us how the EveryCampus initiative got started. Ministries noticed that they were thriving in some places. For IVCF, 2018 was the best year in their history—they engaged more students than ever before. But unfortunately, only 33% of college campuses have a known, on-campus gospel movement. So, thought leaders from major ministries gathered to strategize about how to reach students in this generation with the Gospel. They decided that raising prayer was the best thing they could do.

Yet the anti-Christian bias on campuses today is so effective that 75% of Christian students walk away from their faith during their college years.

Christian ministries often make the difference between thriving or faltering as a Christian on campus.

Mr. Lin told us something else that has become part of my prayers for colleges. The ministry leaders asked the question, “If we could do just one thing to help students, what would it be?” Without hesitation, they answered, “Impact the professors.” Professors hold enormous sway and set the tone of the campus. Influencing them would do more to help students than any other single factor (other than God’s Spirit).

Afterwards, I shook Mr. Lin’s hand and asked him, “Do you know about Moms in Prayer? This ministry would fit perfectly with EveryCampus.” It turns out that Julie Loos, the Moms in Prayer College Groups Liaison, was already on top of things. She regularly receives updates about prayer needs from EveryCampus and passes them on to college praying moms groups.

I came home and began to strategize. I discovered there are over 150 campuses in Virginia. I learned some of the issues to pray for from Julie Loos and the Collegiate Day of Prayer she led in February. I created a prayer sheet for prayer walking.  Then I set a date and sent out invitations to people to come to pray with me for a local campus.

The day of the walk, it rained. Of the 33 people invited, only six showed up. Instead of a prayer walk, we did a prayer drive. I enjoyed it so much that I now prefer prayer-drives to prayer walks. It is like taking a mobile prayer meeting onto the campus. In the privacy of a car, with three people, there is time for synergy and looking up Bible verses or researching things on the internet. One of the moms in my group was an FCA leader who knew about campus ministries. The other mom had a daughter attending the school, and had important prayer targets.

Using Mr. Lin’s advice, we prayed that anti-Christian professors would choose to leave the campus if they were bad influences on students. We also prayed for wisdom for the College President as he led the campus. Later that week, my friend’s daughter told her mom that a number of professors had resigned in protest of a decision the College President had made. We don’t know the details, but we felt that God was letting us know that He had heard our prayers.

At the end of our drive, one of the moms asked me, “When is the next prayer walk?” Then I realized that all it takes is two. And so I have continued, inviting one mom at a time to pray with me. I have even done prayer walks with my husband when I accompany him on business trips to other states.

Sally Burke, Moms in Prayer International President, says that we are raising up the strongest Christian generation ever. I completely believe her. Praying for campuses has changed me. I have discovered a deep affection for this generation.

The campuses I have prayed for are now lodged in my heart, along with the faces of the young people I saw while there.

There are still three months of  the EveryCampus initiative left. Walk a campus and pray!

Visit EveryCampus.com to find a campus near you.

I wish I could shake Tom Lin’s hand again. I’d like to thank him for challenging me to this kind of engaged praying. I’d like to tell him that as a Moms-in-Prayer-for-life person, I’m not going to stop praying just because the challenge is over. Even if God grants an all-out revival, there is still a lot to pray about.

And there is no better way to pray for students and campuses regularly than to join a Moms in Prayer College Group. We pray for our sons and daughters attending college, cover professors and college events, and call on God’s Spirit to be on campus.

I invite you to join a Moms in Prayer college group. With other moms, you can help blanket the 4,900+ colleges in the United States with prayer. Our students so need to meet God at this pivotal crossroads in their lives! And check out our College Praying Moms page where you can connect with Julie Loos, Moms in Prayer College Group Liaison and sign up for her monthly prayer points for moms and grandmothers of college students. We have other free resources here also. 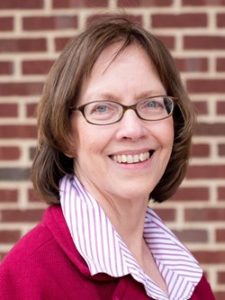 Betsey Kodat lives with her husband, Roger, in Herndon, VA. As a mother of two lovely daughters, Aimee and Emily, she has prayed for 20 years with Moms in Prayer groups in Northern Virginia and has been a prayer warrior on the Virginia State team for fourteen of those years. She just discovered she will soon be a grandmother, so the cycle of prayer begins again.