I was thankful to be a part of an existing Moms in Prayer group with moms who had prayed their children through many years of school.

When the longtime group leader stopped leading and I assumed leadership, all of the women in the group eventually stopped coming. Yes, all of them. It was frustrating to me and it even hurt. But I decided to keep meeting and putting the word out about our group. Brand new women showed up! Not many and not who I expected, but who God had obviously chosen.

I did mourn the loss of the moms in the original group, but I chose to let it go. I decided to forgive them and embrace the new women who came to the group. In doing so, I discovered real joy in getting to know these ladies. I was overwhelmed with gratitude to God for allowing me to lead these women and teach them how to pray. And I realized that through this, God helped me find my tribe.

What do I mean by tribe?

Value these people! Accept and thank God for each of them, and believe that they are His gift to YOU. They may not be who you expected, and that’s ok.

It’s equally ok when someone chooses not to join your tribe.

A pastor at my church shared with me the story of his first small group. He and his wife were excited to host this group and got their house ready each week. One person came. All year. Only one.

My pastor said after that year, he was ready to quit hosting a small group, but after talking to his wife, decided to try again. The next year they had 15 people in their group!

God blessed it and new groups started out of that original group. All because this couple decided to stick it out and try again.

Back to my Moms in Prayer group. One lady in particular showed up early in the school year. She told me she didn’t know too much about prayer, but heard about the group through our church and decided to come. She only knew the Lord’s Prayer, and I was able to say, “Well, that’s great, because that is our prayer model here at Moms in Prayer.” She looked a little surprised, but also relieved to learn that we use something as familiar to her as Jesus’ prayer.

This mama would “stick to the script” as she called it and pray the Scriptures on the prayer sheet each week. That was her comfort zone. At the end of the first meeting, she said, “Whew!  That was hard!” I warmly congratulated her for coming and for praying the whole hour.

God accepts us right where we are and is pleased with what we are able to give Him.

I told her to feel free to pray out loud or stay silent, and that short-sentence prayers were better than long flowery ones for our time together. She seemed hesitant, but thanked me for the time.

Do you know she came back? And that she became the most faithful member of our group? Not only that, but her prayer life grew dramatically that first year.

She went from praying “the script” at the beginning of the school year to pouring her heart out to God – out loud – in prayer by the end of that year.

And I am the one who has received the blessing of watching this transformation! When I think of this, I am so humbled and grateful to God for letting me be a part of this, for using me as His instrument.

So don’t despise the day of small beginnings. God rewards our faithful efforts. If nothing else, He changes us through our persistent obedience to His calling. And that is actually a lot.

Be encouraged, Moms in Prayer leader. God will take your faltering efforts to lead and He will take your heartache, and will use them for His glory – and bless you through it all.

Group Leaders, we have a special section just for you with everything you need to lead your group and a new attribute video each month:  MomsInPrayer.org/Group-Leaders

Do you want your prayer life to grow dramatically? Connect with a Moms in Prayer group now! 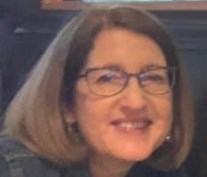 Cindy Foulke has been involved with Moms in Prayer since her son’s kindergarten teacher asked her to start a group. That was 20 years ago. She still loves praying with other moms and is now an Area Coordinator in northern Virginia, outside Washington, D.C. She and her husband, David, are parents of four young adult children and are enjoying life as empty nesters since their youngest son just left for college.