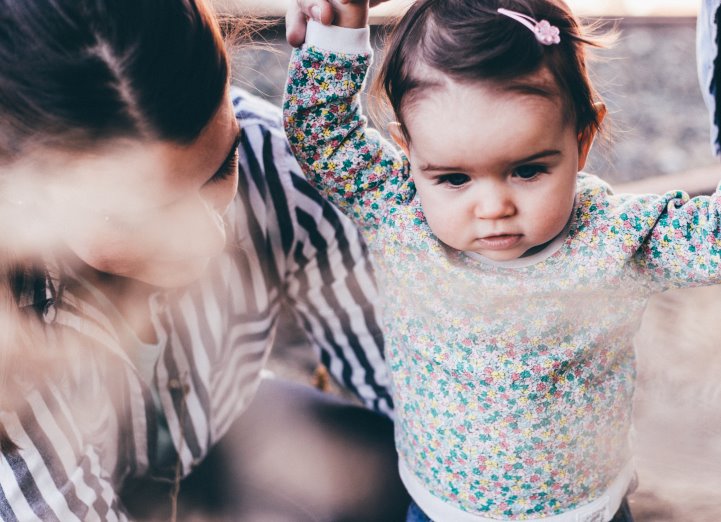 My story has a selfish beginning…

But God has a great way of guiding us where we need to be.

When our oldest son was in first grade, we moved to Zeeland, Michigan. I had four children in six years; an infant, a 10-month old, a 3 year-old, and a 6 year-old. I didn’t know anyone in this small town or at the Christian school where our oldest attended. A mom, Grace, kept inviting me to Moms in Prayer. I always politely declined as I had three little ones at home, didn’t have money for a babysitter and my husband’s engineering job kept him away 70 hours a week.

After another invitation from Grace, I finally shared with her why I couldn’t come. She told me that they provided child care for this particular Moms in Prayer group. I thought, “Childcare for an hour and I get to meet other moms at the school? I am in!”

So I went, simply to get a break from life. Little did I know that God used my selfish acceptance to open my eyes to the power of prayer.

For we are God’s handiwork, created in Christ Jesus to do good works, which God prepared in advance for us to do. Ephesians 2:10 (NIV)

I had been a Christian my entire life and my mother had always told me to pray in the good, the bad, and the ugly. But as I observed the 20-some mothers praying for the school together,

I realized that much of what was happening in that school that glorified God, was from the prayers of those moms. I never missed another Moms in Prayer meeting again.

A couple years later, we moved back to Tallahassee where my husband had grown up. I was excited to see that our children’s new school already had a Moms in Prayer group. The group leader’s child had graduated so they needed a new leader. I strongly believe that my time in Zeeland equipped me to move into that role.

So I led the group that year. When I became discouraged because of the numbers, God gently whispered to me, “You are here to cover the school, not count the numbers.” So when no one showed up, I walked around the campus and prayed over each classroom or prayed by myself in the lunch room.

Thankfully, I had one mom who started coming to the group. That faithful mom and I sat in an upper room each year for four years, praying for our kids and the school and asking, “Lord we need 100 students” because this was a priority in keeping the elementary school viable.

On the first day of school the next fall, my heart was weary and I thought I would just give up Moms in Prayer. I saw myself as a terrible leader because only one other mom joined me. The husband of this woman, who was on the Board of our school, walked up to me and said, “Do you realize that your prayers were answered; we have exactly 100 students this year and so keep on praying.” I looked up to the heavens and said, “Alright Lord. I got it. I will continue to pray and trust that You will work out the details.”

Later that year, I needed to be at the office for work on the day we prayed. I was sure this was the end of the school’s Moms in Prayer group. I could sense the enemy trying to discourage me, but God showed up again when the new secretary at the school said she would be my back-up for the group. She didn’t like to pray out loud, yet she was willing to because she believed in the power of prayer.


Today, I am excited to say that we have 5-6 moms who regularly attend and the numbers of students at our school has reached more than 200.

We also have two campuses. That six year-old son I mentioned at the beginning is now a junior at Colorado Christian University. I reached out to the moms on the “Class of 2020 Parents” Facebook page and asked if any moms wanted to pray with me for our students. I am overwhelmed that 60 moms join me each week to pray for CCU, the faculty, and staff.

Next year, my “infant” is going to the upper campus for middle school so I am stepping out in faith and starting a second group for MS and HS parents. Did you hear the AMEN and Hallelujah of God’s goodness and love? I certainly do.

All this reminds me of Ephesians 3:20-21,”Now to him who is able to do far more abundantly than all that we ask or think, according to the power at work within us, to him be glory in the church and in Christ Jesus throughout all generations, forever and ever. Amen.”

Are you willing to step out in faith, trust God and either start or join a Moms in Prayer group? Here’s how:

Start a Group
Join a Group

Sally Jo Roorda has been involved in Moms in Prayer for 15 years and continues to persevere in prayer with other moms. She was a secretary at Walt Disney World, then retired to be a stay-at-home mom when their first son was born and until her youngest was in kindergarten. She is working again and also leads a Moms in Prayer group, praying with moms of college students who attend Colorado Christian University. She and her sweet husband, Anthony, have been married 26 years and have four amazing children – Mark, Hope, Michael, and Ashley. They love living in the panhandle of Florida so close to the beach and in an area still a part of the wonderful Southern culture.