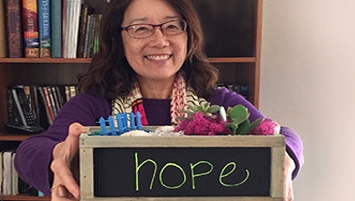 “My kids are each other’s best friends.”
“Mine are so close that they sleep in the same bed on family vacation.”
“My daughters will fly out on their own to see how the other is doing.”

None of these quotes belong to me.

These are the testimonies of my friends. Coming from a broken family, I secretly would tell myself that if I ever got married, I would never get divorced and that I would always be there for my children. I would go to their activities, participate in their schools, and I would train them up in the admonition of the Lord.

I just assumed my kids would get along and love one another.

Even though we lived in the same house and they were both believers from a young age, I saw my son and daughter grow apart like fabric being torn in half, thread by thread, by a pair of invisible hands. They became very distinct individuals with very distinct personalities. And with that came bickering, discord, misunderstanding, irritation, simmering silence, and avoidance. If there was ever any harmony between them, it would be short lived. I have cried out to God for years over this disconnect.

They know I love them. I have discussed this sensitive subject, about how they have to have each other’s backs when my husband and I go to heaven, how we wish they would be thoughtful and generous with the other, and how they need to love and accept each other’s weaknesses and inadequacies. 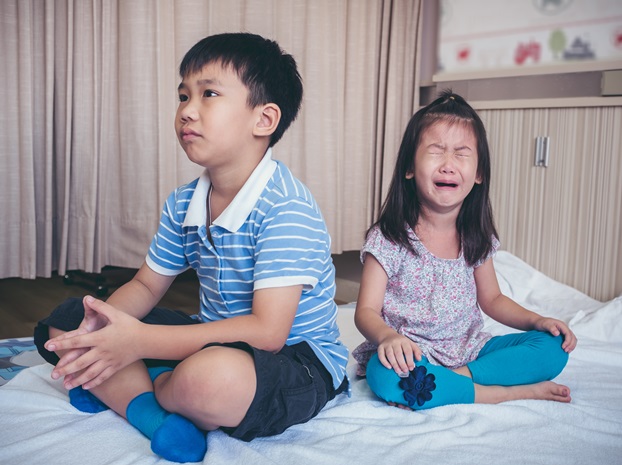 Each time I have prayed for them to be close, has been a time of bittersweet agony. After all, I have always felt it was God’s will for them to be united, to have something precious akin to a Jonathan and David relationship. At Moms in Prayer, I petitioned so hard that I sometimes felt I wore out my welcome at the throne of grace.

This desire grew so much that it became an idol. When we had family dinners together I would carefully watch their interaction and listen to their comments to one another. I was a like a spy on a mission, being stealthy to hear, but not comment. I caught every nuanced sigh and felt the things that were unsaid, but should have been said. In my head I was scripting how the dialog should have been going. My insides would later hurt.

I really cannot tell you when the shift came, but God challenged me to let go. The constant weekly focus on His attributes and praise at Moms in Prayer kept me grounded. He challenged me to be grateful for my beautiful children and the gifts they use to expand His kingdom. He told me to surrender this particular desire to Him. He reminded me that He hears and understands.

And He gave me perspective, opening my eyes to what other moms were going through. One friend lost a son to suicide. Another is still crushed by her daughter’s lifestyle choices.

I realized my hope and deferred joy was based on what I wanted to see happening.

My hope was not based on the hope of Christ’s return, nor on the hope of heaven. God spoke further when I led one of our Moms in Prayer groups on the attribute of hope.

I hooked on to this lovely verse from Psalm 71:5:  For You (NOT MY CHILDREN) are my hope; O Lord God, You are my confidence from my youth.

As long as my hope is tethered to God, I will never be disappointed.

God continues to buoy me up through prayer, His word, and through songs. This morning He brought to mind the hymn “My Hope is Built on Nothing Less,” and I am again optimistic and faith-fueled.

“My hope is built on nothing less than Jesus’ blood and righteousness; I dare not trust the sweetest frame, but wholly lean on Jesus’ name…”

Have you reached out to invite another mom to your group?  There’s a mom waiting for an invitation who wants to experience the power of prayer with you.

Would you like to join a Moms in Prayer group? Find out more.

Kathy Chin Leong, a Moms in Prayer mom since 1996, is an award-winning travel writer with work published in National Geographic books, Sunset Magazine, Los Angeles Times, and many other publications. She is married to her sweetheart Frank Leong and has two grown children.