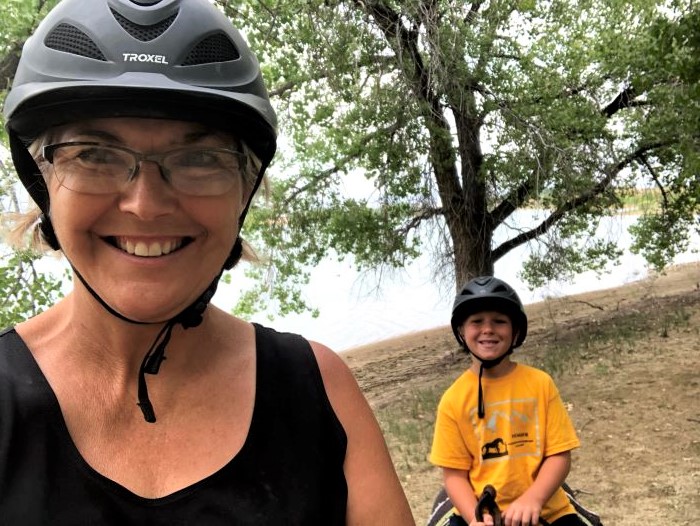 Today starts our Mentor Moms series. Letters of encouragement to moms who have kids at home, from mothers who have walked in your shoes and experienced the power of God through prayer. These Mentor Moms are cheering you on so that you don’t grow weary. Lisa tells you her story…

The phone rang. When I answered, I could hear my 17-year-old son frantically speaking, but couldn’t understand what he was saying. Finally, I got him to slow down. “Mom,” he said, “I’ve been robbed. Someone just broke into my apartment, came into my bedroom and stole my safe.” He continued, “I don’t know what to do,” and broke down crying, panicked with fear. It was the middle of the day, in fact it was 11:05am. I remember because I had just left my Moms in Prayer group.

We had been praying for my youngest son that the Lord would break into his life in a mighty way, rescue him from the darkness, and turn him toward the light.

I said to him on the phone, “Call 911.” The phone sounded like it went dead and there was just silence. I repeated,” Honey, you’ve had a robbery. Call the police. Dial 911.” Then he responded, “I think I know who it was.” I said, “Ok. You can tell the police.” Again, there was silence. God was working. My son said, “Ok” and hung up the phone.

That was the day that God broke into my prodigal son’s life. He answered the prayers of my Moms in Prayer group. You see, my son, because of an ugly divorce between his father and I, had moved out into an apartment, dropped out of high school and was planning to get his GED. Unbeknownst to us, he was actually one of the biggest drug dealers to the high school students. I had cried out to the Lord to break into his life and turn him from darkness to light, and to do it sooner rather than later, so my son would have a lifetime of serving the Lord and sharing his testimony.

Turns out, one of his drug-dealing adversaries had broken into his place in broad daylight, terrorized him, and wielding a gun, took his safe with all his money. This left my son with the dilemma of whether to call the police or not because he knew that they could arrest him. He ended up calling the police and turned in the person. The situation became more dangerous and uglier from there, but God was faithful.

The Lord spoke to my son in the night and gave him the choice between darkness and the light of life and my son chose life. I knew that the prayers of the moms in my prayer group were heard and answered.

I was introduced to Moms in Prayer when my older kids were in a Christian elementary school in the early 90’s. I had never been aware of prayer groups or praying together, praying out loud, or structured prayer. That was all new to me, but through Moms in Prayer, I came to know Jesus in a deeper, more powerful way and discovered the power of praying together in one accord. For several years we prayed together as a group while our oldest kids went through school, graduated, and went off to college.

At this time, I went through my own personal transitions, trauma, and struggles. My family disintegrated, including my marriage, and my youngest son was in crisis. I knew I needed the support of other moms through prayer. When my son was a freshman in high school, I reached out to connect with a Moms in Prayer group, but there wasn’t one. I felt the Lord impress on me to start a group. I didn’t know how, but God did.

I was connected with a Young Life member who was leading a group at the high school and gave me the name of a mom who might be interested in praying. I reached out to her and sure enough, she was familiar with Moms in Prayer and wanted to start a group too.

So, the two of us started a group in her home, praying for our sons. Slowly, other moms joined us and within two years, we had a powerful group of 10 moms, praying for our kids, our teachers, and our school.

I know that it was this group and their prayers that helped me get through the most difficult time in my life and helped change the trajectory of my youngest son’s life forever. That son went on to follow the Lord, achieve his goal of graduating from a prestigious music school in the east, and spent 18 months at a Bible school. The Lord carried out an amazing transformation in his life. 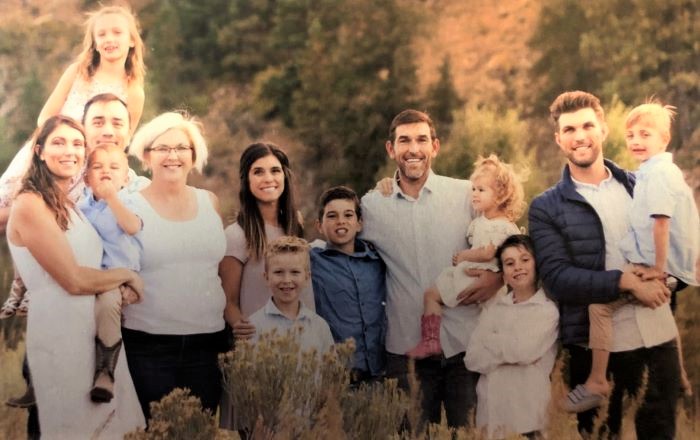 I pray my story gives you hope no matter what circumstances you are facing. The most important thing I discovered is that we need each other!

The enemy will try and divide us and keep us from coming to a Moms in Prayer group because:

He fears our prayers and knows that our collective prayers petition the most compassionate and greatest God of the universe. Strongholds are broken when we come together. God has built for Himself a network of praying moms who love their kids, their schools, the teachers and their communities. No weapon formed against us will prosper!

We may never feel qualified when we are called, but don’t be fearful to start a Moms in Prayer group because God will do it through you. Never forsake your time with your prayer partners in agreement prayer.

After my younger son went on to pursue a college degree, I was again without a Moms in Prayer group. One of the moms that prayed with me years before, invited me to her College & Career and Grandmas group. I’m now a member of 13 praying grandmas that pray every week for our adult children and grandchildren and their schools. I could not do it without this group. I now feel led to start a group for my grandchildren’s school.

Experience joy & relief as God moves you to courage, peace and hope.
PRAY with other moms for your children & their schools! 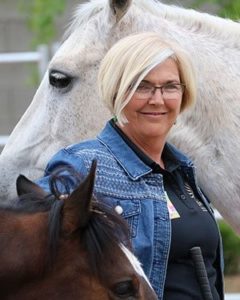 Lisa Péwé is the Executive Director for Envision Therapeutic Horsemanship Inc 501(c3). Her passion for helping others to achieve inner victory and growth began with her own journey of emotional freedom and healing. Through equine assisted life coaching, Lisa utilizes her expertise in horses to help people understand their value, healing wounds from trauma and domestic abuse. Praying in Moms in Prayer groups for 25 years now, Lisa loves to pray with and for others and to be an encourager. She is a mom of three grown children and seven grandchildren. Lisa spends most of her time in Northern Colorado and travels to Arizona throughout the year.