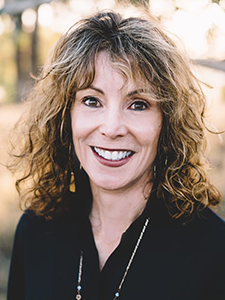 Sally Burke’s introduction to the ministry in 1990 was life changing. Compelled by joy and the hope God gave as she prayed with others for her children and their schools, Sally began to reach out and share with other moms—first as a Moms in Prayer group leader, then area coordinator for her hometown of Temecula, California, and later as regional coordinator for Riverside County. In 2008, Sally became the Director of Field Ministry at Moms in Prayer headquarters, overseeing ministry expansion worldwide. Today, in her role as President of Moms in Prayer International, her vision remains unchanged, that more children and schools and moms might experience God’s life-changing answers to prayer. Sally is also an international speaker, teacher and author of Raise Them Up, Start with Praise, Unshaken and the Unshaken Study Guide.

As a child growing up in Florida, Sally was fascinated with the space program and began her career as a space shuttle engineer with a Master of Science in Management. After her marriage and the birth of two children, Sally and her husband came to faith in Christ, and Moms in Prayer soon became a top priority. She and husband, Ed, now have four grown children, a son-in-law, two daughters-in-law and four grandchildren. In her leisure time, you’ll find Sally on a walk/run, curled up with a good book or enjoying the company of friends.

DOWNLOAD FOR PRINTING
JOIN A MOMS IN PRAYER GROUP!
Toggle the Widgetbar