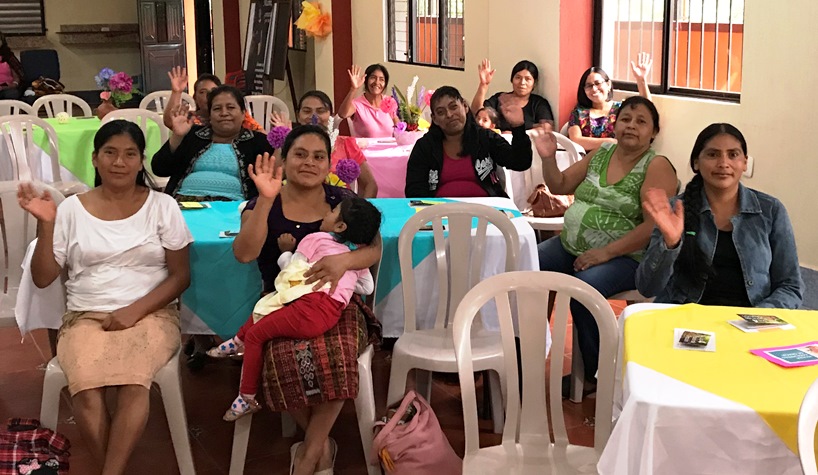 My friend Elise met with Pastor Lazaro and his wife Glendy during a Guatemala mission trip. God had given him a plan for a women’s conference and he, Glendy and Elise started praying about how and when the Lord would carry it out.

Pastor Lazaro has a powerful testimony of redemption and forgiveness. A large part of that testimony is his experience growing up at the garbage dump until age 17. His parents left him and his four brothers, resulting in much heartache. At age 17, a missionary told him that Jesus loved him. That was the first time anyone had told him he was loved. God ministered through this missionary to bring Lazaro to Jesus and to disciple him. Later in life he became a pastor. 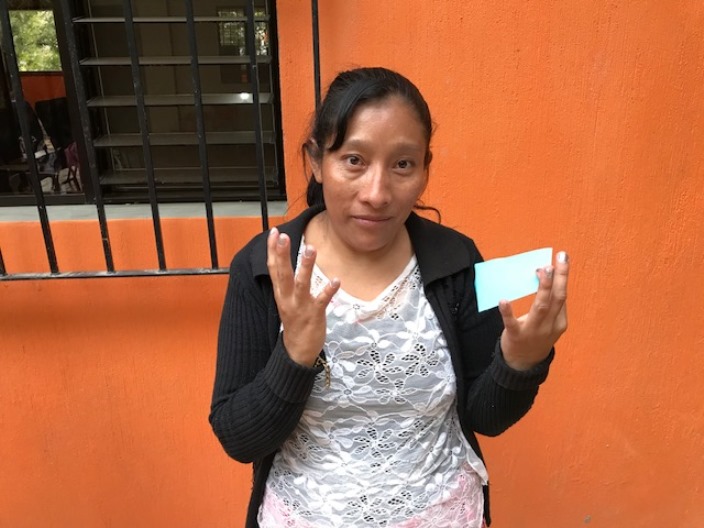 Because of his own testimony, Pastor Lazaro has a very tender heart towards the many mothers and children who live at the garbage dump. These moms salvage garbage in order to support their families. They are the lowest of the low in their society and the poorest of the poor.

Lazaro’s vision was to bring these mothers to his church for a women’s conference where they would hear of Jesus’ love, be taught about their identity in Christ and how to pray, and treated with dignity and beauty as women and daughters of the King!

At our first Guatemalan mission trip meeting, Elise talked about the women’s conference as part of this trip. I knew that God had called me, my husband Dave and my teenage granddaughter Makayla to go. I’ve been involved in the Moms in Prayer International ministry for 28 years and my hearts’ passion is to teach women to pray! The plan was to have stations each night where the women could be pampered and loved through having their fingernails painted, prayed for scripturally and given a quiet place to sit with Jesus. 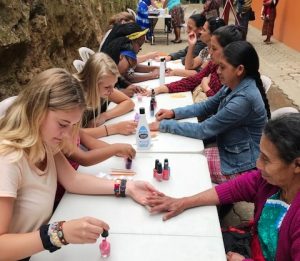 Once I arrived at the conference location in Guatemala, the pastor’s wife Glendy had decorated the room beautifully. Fifty women came each night. Several brought their little ones tied on their backs. An added gift was that Diana, Moms in Prayer Central America Director, decided to fly to Guatemala from Panama, and join Contact Person Frida to help us at the conference. To our surprise, they showed up with Emelia and Ruth, leaders in Honduras and Belize. These four women helped translate and pray with the moms who attended.

A local woman led us through worship songs. Then Elise shared her redemption story in Spanish. Part of her story was teaching the moms about their real identity in Christ! I followed up by stating that it is this identity in Christ that gives us the confidence to pray. It’s all because of what Jesus did at the cross that enables us to ‘walk into the Holy of Holies’ 24/7. There were tears as they realized how much they were loved by Jesus and that He would die for each one of them. We all prayed the salvation prayer together.

After teaching the four steps of prayer, I encouraged them to ask the Lord who it was that He wanted them to begin to pray with and not be alone.

One of the most profound times was having Diana and three other Central American Moms in Prayer leaders pray for each woman individually. Because they were Spanish-speaking, the women at the event felt safe and opened up to them. Diana said that they shared very difficult situations. She and the other three leaders saturated them with Scripture prayers. Many of the women left the prayer station sobbing. It was so beautiful to watch them be loved and prayed for. Elise and I held babies so the mamas were free to enjoy the time. 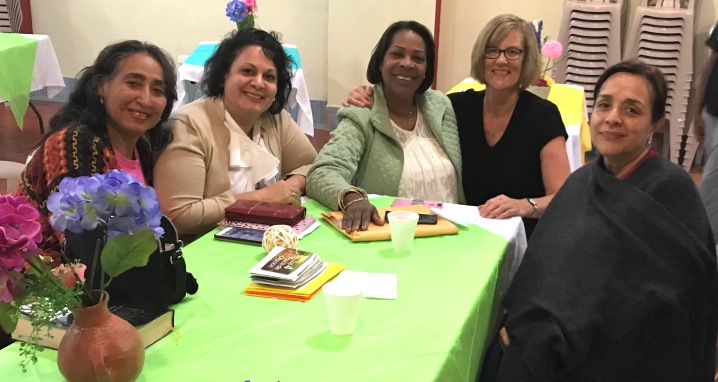 Closing up the day, Diana talked about the Moms in Prayer ministry and connected them with local leader Frida who would be following up with these moms, helping them to pray together weekly for their children and schools. Elise and I and stood at the door and gave each mama a big hug as they left. Many told us that they had never felt loved like this.

I have been forever changed through this experience of ministering to, teaching and loving these precious women who have such hard lives. To God be the glory that He called us to serve these wonderful people of Guatemala.

Be a part of what God is doing around the world through Moms in Prayer International. See our Prayer Calendar. 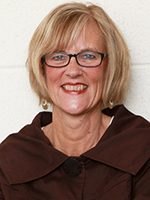 In 1991 Marlae Gritter was inspired by the mission of Moms in Prayer. She began calling women to prayer, first in her three years as area coordinator for her city, then as Michigan state coordinator and National Director of Coordinators. Currently, she is the Director of Global Advancement for Moms in Prayer International and works closely with global directors and country coordinators. Marlae came to know the Lord at an early age. In 1979, she received a B.S. degree in elementary education from Dordt College and married Dave. Today they live in Michigan and enjoy their three grown children, Michelle, Lindy and Joshua, and four grandchildren.