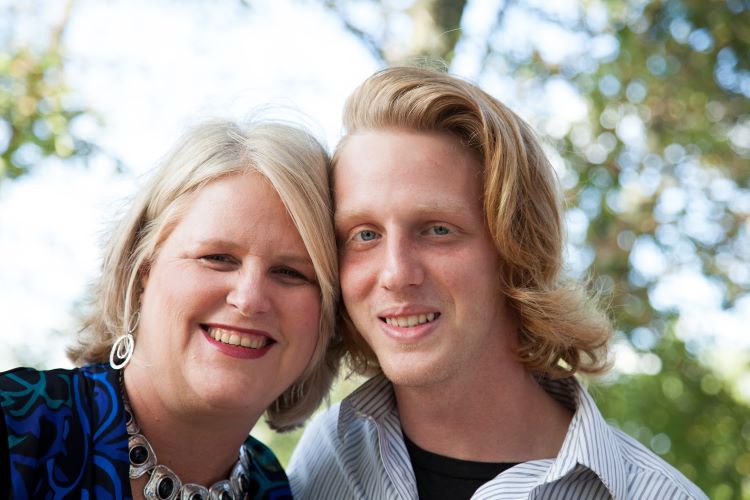 HOPE FOR YOUR PRODIGAL SON OR DAUGHTER

Can we say “God is Good” even when we see our children suffering?

God used my son to deepen my family’s faith and teach us about the goodness of God. Here’s our story…

“IT’S A BOY!” After having two girls, Shane, our third child of four, was born in Asia where we lived and served as missionaries. We had prayed for all of our kids even before they were conceived. Now we were excited for our boy! Shane was a congenial, fun, bright child. He brought much joy to our hearts.

Our family returned to the U.S. when Shane was five. When he was nine, we moved again, from Virginia to Pennsylvania. He did well in both homeschooling and formal school settings, until he reached middle school. That is when things started to change. By 7th grade, we were told Shane was not applying himself. His grades were dropping. 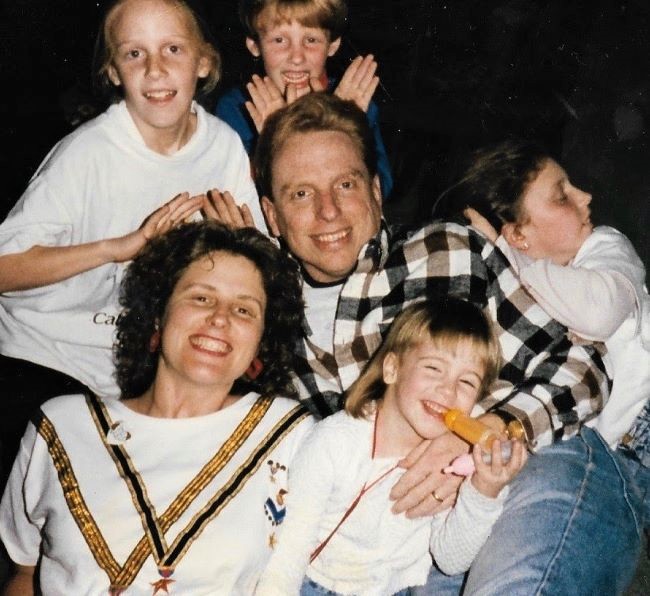 Shane had always made good grades, but we realized that because he was smart, he had things easy up until now. The study habits he should have been acquiring in elementary school were somehow overlooked by us and his earlier teachers. We were unaware of the anxiety this was causing Shane.

He also started to pull away from me, his mom, demanding more independence. This was hard. We had always been close. But we also knew this was part of growing up.

To control his anxiety, Shane was also beginning to use the world to hide.

We started catching our son smoking and watching pornography. My husband and I soon became aware of Shane trying to divide-and-conquer. Being relational and good with his words, he often used his charm to get what he wanted. Amazingly, this gift of words is what God would use later in Shane’s life to redeem and bring glory to Himself.

By 8th grade, we received a call from a pastor friend that Shane and his son were at a classmate’s home where they got drunk and lost consciousness. The Christian school they attended found out and suspended the two boys. We were catching Shane more and more in lies, too. He really wanted to please us, but he also desired the things of the world. 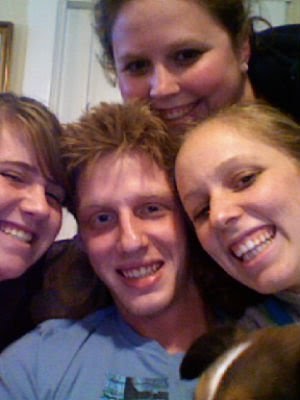 In one of Shane’s journals, we found poems revealing his heart. Shane’s giftedness at writing began to show, but in sharing his thoughts on paper, we saw dark, hopeless words. His school principal encouraged us by saying, “It is the kids you don’t know what’s going on inside that scare me because once they go off to college, they often start down a path of curiosity and the parents are not always around to guide them.“

Shane soon asked to attend public school. I was afraid, but my husband said, “Are we enabling Shane? Maybe he needs to get out into the world, to experience life a little beyond the shelter of the proverbial Christian bubble.” As I read the sad prodigal story, I saw the Father let his son go. Someone also prompted my heart by asking, “Is the same God we trust in the Christian private school not also in the public school?” Could I let Shane go like the prodigal Father? Shane also began asking some tough questions about his faith. My heart began to grieve.

As he moved toward more and more unwise choices, doubts as a good mom entered, feelings of failure, or how can I fix what’s going on?

I had a small group of friends praying. But being a parent of a prodigal left me lonely, vulnerable and often afraid. There were a lot of unknowns. Perhaps you can relate. “We are in ministry. What will people think?” People had their opinions which made me cautious to share with others. Friends started to pull away out of fear for their own children being associated with Shane.

You know the child you raised is sweet and knows better, and you can’t help but ask, “Aren’t they in there somewhere? What happened? Where’s my boy?” You don’t want to lose them. And you don’t want others looking at them differently, either.

Everything I did seemed to backfire. My faith and prayers were being challenged. “Is God good?” “Am I falling away to peer pressure?” “How do I continue to love and pray?” Being reminded only God can change the heart, I moved toward taking care of my own soul and responses, first. Then, I needed to understand Shane’s questions, not as an affront to me, but rather core questions of his own heart with God. God loves Shane even more than I do! What a beautiful truth that is often so hard to believe.

“…he who began a good work in you will bring it to completion…” Philippians 1:6

Furthermore, in the spring of 8th grade, within a four-month span, Shane experienced four traumas in his life. We all felt it, but these events affected him especially. It sent him into depression and birthed inside him a deep anger toward God.

Four family members died suddenly, and his “girlfriend” was assaulted. Our hearts bled for Shane. We realized then, the spiritual battle going on. The fight was intense for our son’s heart.

This is when I was introduced to Moms in Prayer; I found a group in my area. And through them, I encountered real support. Every week I was drawn back to God’s goodness.

“…No good thing does he (God) withhold from those who walk uprightly… blessed is the one who trusts in you!” (From Psalm 84:11-12) God is bigger than anything happening. He is in the business of transforming hearts, even our prodigal kids. He sees and knows all, and we are not alone.

I felt like I had a safe place each week to sit with moms who understood. We could go to God and his Word together, to pray for our kids. Praying specifically for my son, and not generally, I began to see small prayers answered, giving me hope that God wasn’t yet finished with Shane. Understanding that my son was just finding his way to God, I also wondered where God would use him in the days to come. I just had to sit at the Father’s feet and wait.

God used our son to deepen our faith about God’s goodness. When I didn’t have answers to Shane’s many questions about God I would say, “I don’t know Shane. All I know is that God is good.”

Shane got worse before he got better. Then, when he was 19, he said that God came to him in a dream. God met him where he was. In that dream, Shane was shown God’s heart. He saw that God was truly a loving God, full of compassion. Afterwards, Shane desperately wanted to know God and thought, “If I go home to mom and dad, I can find God’s love.”

When he arrived home, we saw needle marks on Shane’s arms! What a shock! Over time, with Shane’s new desire to receive God’s love and goodness and with our support, he detoxed. Not only has he been drug free for 11 years, his life has been redeemed.

Where has Shane’s story of faith taken him today? He prays for his generation.

He is the editor of a sexual integrity organization, Proven Ministries (provenmen.org). He writes and records podcasts. He often ends his talks with his interviewees with, “How can we pray for you?” 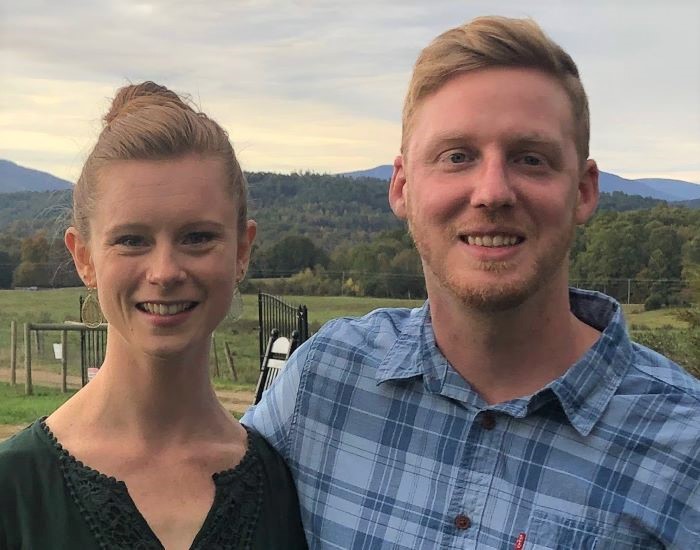 Shane and his fiancée Kaylee

The more I understand God’s grace in my life and see God working, I can extend it to others. I need to continue to experience Jesus’ goodness and love as much as my kids and grandkids do. GOD IS GOOD! There are Moms in Prayer groups for grandmothers too, where we can continue to pray for the next generation.

Find hope and prayer support through a Moms in Prayer group

Support Our Mission to impact children & schools for Christ 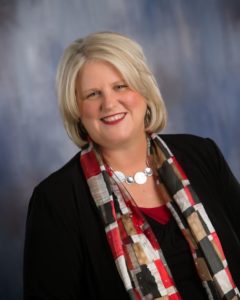 Sterling O’Neill is a southern girl from South Carolina who has lived in both the U.S. and abroad, making her a global citizen! She has been married to her best friend and partner in ministry for more than 40 years. They have 4 adult children, 3 sons- in-law, 1 soon to be daughter-in- law, and 5 grandchildren. Sterling is a certified Life Coach and loves people, intercessory prayer, writing, consulting, training, creating, and tennis among other things. She has the privilege in this season to travel and work alongside her husband with NEXTGEN , assisting young leaders in their preparation for God’s global Kingdom assignment.